Well, another Christmas show has come and gone, and I feel fortunate that it was another successful one for me.

I made 16 reborns this year, one didn't make it to the show, as, for some reason, when I painted her hair, something turned it yellow!

Lucky for me, the lady who it was for, wasn't in a hurry for it, so I ordered a new head. And one, the Madison I wasn't sure I wanted to sell or keep.....well, she's staying here with me.

So, 13 and a Snuggle Babe went to the show, and two boys (Jack and Kase), and the Snuggle Babe came home with me. (I am gifting the Snuggle Babe to the Autistic little girl who's Mama waited three years for me to attempt to make an "olive skinned" baby.

So I hope she will love her.

It was a great weekend, seeing old friends and making new ones.

We had Santa visiting at the booth across from me.....my friend Paulene, was a bit traumatized, as she has a huge fear of Santa's.

Every time he came by there, she disappeared.

But, all in all, it was great. Sad to say that some of the long-time vendors have decided not to do the show again next year, as they've kept putting up the fees, and now require us to have liability insurance too. So it is getting too expensive for some vendors who don't have any big ticket items to sell.

I must admit, I too, was rethinking doing it again. But, my customers know where I am, and my work, and come to the show especially to see or buy my dolls. So, I will see what happens when I get next year's information.

I was asked many times over the weekend, if I was the lady who had a booth at our Western Development Museum in October, and was I the lady on tv? NOPE to both questions. The lady it was, has been doing dolls for about 18months, but told them that I've been doing it since reborning first started years ago. Guess she must have contacts in the tv world. hahaha. I was told by one of the vendors that she went to the show, and saw this other lady's dolls, and said they weren't half as realistic as mine, which I thanked her for. But each person likes different things. And another vendor said she had the booth just down from this lady, and she said she didn't see one of her dolls leaving the building. That's how it was for me, years ago, and it's a bit disappointing when you put all that work into something.

I asked the girls who run the show I was at, if, should this other lady contact them for a booth, if they would give her one, and they said no, because it's a special field, and they don't want more than one booth of the same things in the show. And seeing as I've been doing their show for the last 11 or 12 years, they consider me a fixture. hahaha. I'm sure that, if I ever decided not to do the show, they'd let her in. But they know me, and my work.

So, it was a great weekend. Now to start again, after the New Year, getting some more kits and painting again. Just ordered a couple of Natalie Scholl kits, and am hoping my Loulou's come soon.

And try finding a Luxe kit or two.

Going to have a break for a few weeks, and recharge.

Forgot to mention.......a Store Santa came and looked at my dolls, and said that he gets a lot of little girl
who ask for baby dolls. So he asked for some of my cards, and said he'd hand some out to the parents.

I’m so glad you had another successful show! I know you really work hard and look forward to it every year.
Top

Glad to hear that your babies were such a hit!
The ones you posted sure were beautiful!!! 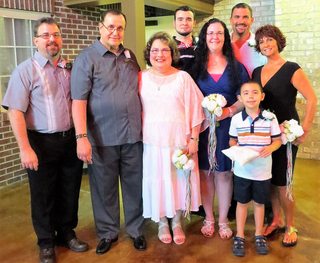 Glad that you had a great show. It sounds like it was a lot of fun too. Big congrats on your very successful show, Annette. I am sure that you made a lot of people have a lovely Christmas!

I am so happy for you Annette. Your babies are beautiful so I knew you would do really, really well. Glad you had such a good time as well.
BRONX & COLT BORN 10/16/2015 Our Grandbabies, Forever in Our Hearts.

"When you can't look on the bright side, I will sit with you in the dark." Alice in Wonderland
Top

So good to hear you had a great show... you must be breathing a sigh of relief that it is over for another year and you get a bit of a break. Sure is a good feeling going to a show and seeing your buyers and other vendors again.
Top

Congratulations!! That is wonderful to have another successful show done. It is such a great feeling to sell so well at a show. Good job!

Publish the Menu module to "offcanvas" position. Here you can publish other modules as well.
Learn More.